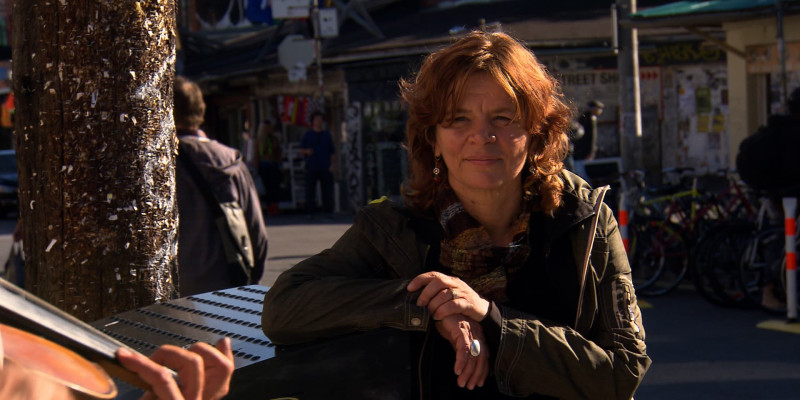 Lowdown Tracks (dir: Shelley Saywell) is an acclaimed documentary film that celebrates the music and stories of those living on the margins of Canadian society.

Voted top Canadian Audience Choice award at Hot Docs in 2015, Lowdown Tracks has been identified as a highly effective call to action, addressing mental health stigma and issues of homelessness in Canada. The film’s main subjects are talented street musicians and the face of some of Canada’s most vulnerable individuals.

The CDF provided funding for The Lowdown Tracks Impact Initiative – which involved using the documentary film as a tool for community engagement and positive social change. In partnership with The Canadian Alliance To End Homelessness, Lowdown Tracks was utilized by 75 community groups and housing organizations and was screened to 3,000+ people across eight provinces. The project was able to:

The project also involved producing Songs From The Lowdown, a soundtrack CD from the documentary featuring unforgettable original songs from musicians who have experienced homelessness. The Songs From The Lowdown CD was promoted to screening audiences with proceeds from sales going directly to support the musicians featured in the film.

Read more about the film on the hotdocs archive.

Support the musicians and buy their music on iTunes.